How Does Solar Energy Work?

The amount of sunlight that reaches the surface of the earth in an hour and a half is adequate for a full year to handle the complete world’s energy consumption. Solar technologies transform sunlight either through photovoltaic (PV) panels or via mirrors that concentrate solar radiation into electrical energy. This energy can be used for electricity generation or stored in batteries or thermal storage systems.

We already used a couple of common solar energy terms in the previous paragraph, and there is much more in the solar energy field. If you’re new in this field or a Do It Yourself, you might not be familiar with all these terminologies.

We wanted to develop a simplified common solar energy terms list to make it easier for you; solar system installers, DIY’ers, and those who want to know the meaning of some of the terms we use on the solar energy systems. 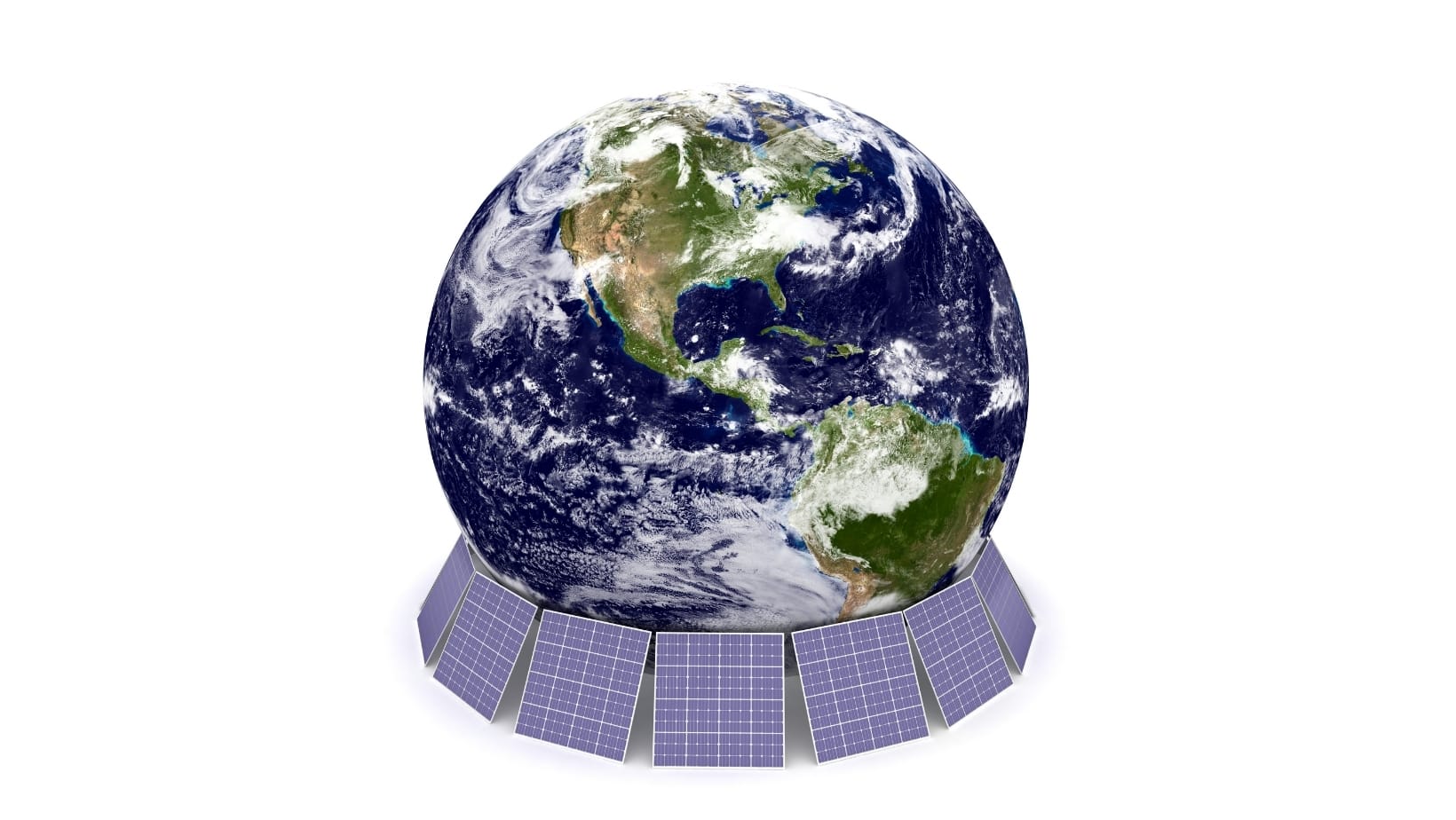 Let’s dive into the Common Solar Energy Terms and definition of each one of them from A to Z.

Hint: We have already chosen the exact time on the videos where the terms are being explained.

What is Absorption Charging?

Absorption Charging is when the battery’s capacity has reached ~80 percent and starts to reduce the battery’s input current. The process is also referred to as the cool-down stage.

AC stands for Alternating Current, a type of electrical current used on most electrical equipment in our homes in the United States. Electricity transmission networks use AC since it is possible to regulate voltage with relative ease.

S1E006 | A solar charge controller will protect your battery bank from over charging.

What is Activation Voltage?

Activation Voltage is the voltage at which the charge controller can step in to protect the batteries.

What Does the Ah (Amp hour) Mean on Cordless Tool Batteries? A Quick and Basic Explanation.

Ah/AH stands for Ampere-Hour. Measurement of current flow for one hour (in amperes). Used to measure the battery capacity.

What is an Amp?

Amp stands for Amperage. Ampere is the main unit of electrical current, or how many electrons are streaming past a single point per second.

What is an Ampere Hour Meter?

What is an Array?

A solar array is solar panel sets that are tied (connected) together.

What is an Array Current?

Array Current is the electrical current is generated by a photovoltaic array when exposed to sunlight.

What is Array Operation Voltage?

Array Operation Voltage is the voltage generated by the photovoltaic array when exposed to sunlight and attached to the load.

The Real Truth About Living Off Grid With Solar Energy

What is an Autonomous System?

An autonomous system is running electrically without any connection to the power supply of the mainline. In various cases, it is often called the “Stand-Alone System”.

What is a Battery?

What is a Battery?

A battery is a system that stores and transforms the chemical energy stored in its active materials directly into electrical energy by means of an electrochemical oxidation-reduction (redox) reaction. This form of reaction involves the transition of electrons from one substance to another through an electrical circuit.

How Do Batteries for Solar Systems Work

What does Battery Available Capacity mean?

Battery available capacity is the complete maximum charge, represented in ampere-hours, which may be removed from the cell or battery under a specific set of conditions, including discharge rate, temperature, initial charge status, age, and voltage cut-off.

What is a Battery Cell?

Q&A: What is a battery cycle and how do they affect battery life?

What does Battery Cycle Life mean?

Battery cycle life is the number of cycles of charge and discharge that can be performed by a battery before losing output. The discharge depth is the volume of storage space of a battery that is used.

Solar Batteries: How low can you go? Increase performance and lifespan of your battery bank

What does Battery Life mean?

Battery life is a measurement of battery efficiency and reliability, which can be quantified in many ways: the run time at maximum charge, as measured by the manufacturer in milliampere hours, or as the amount of charging cycles up to the end of service life.

What does Bulk Charging mean?

Bulk Charging is a constant-current stage. Usually, this stage leaves the batteries at 75% to 90% of their power. Bulk Charging is accomplished by sustaining a steady and comparatively high current.

How Do Batteries for Solar Systems Work

What is Capacity (C)?

Battery capacity is the maximum total electrical charge, calculated in ampere-hours, which the battery can charge under a particular set of conditions.

What is a Cell?

A cell is a single unit that transforms chemical energy into electrical energy. Cell term is used on batteries.

What does Charge mean?

The charge is the phase of the battery charging process.

What is a Charge Controller?

A charge controller is a part of a photovoltaic device that regulates the flow of current to and from the battery to prevent it from overcharging and over-discharging. The charging controller can also show the operating state of the device.

What does Charge Rate mean?

Charge rate is when the current is added to a cell or battery to recover its power. A charge control unit usually normalizes this rate concerning the rated capacity of the cell or battery.

What is a Converter?

A converter collects the voltage from a DC source and transforms the supply voltage into another DC voltage level. They are used to raise or decrease the amount of voltage.

What is Electric Current?

What does Current mean?

Current is the distribution of electric power (electricity) in the wire, measured in amps.

What does Current at Maximum Power (IMP) mean?

The Imp is the current (amps), while the power level is the largest. This is the real amperage you want to see when attached to the MPPT controller under normal test conditions in bulk load mode. The actual current varies with the frequency of the sun on the panel. Notice that the current to be received by the PWM controller is marginally higher than the Imp under normal test conditions.

What does DC mean?

DC stands for Direct Current. Direct current (DC) is a one-way electric current, but the charge flow is still in the same direction. The path and amperage of direct currents do not change as compared to the alternating current.

What is a DC-to-DC Converter?

A DC-to-DC converter is an electronic circuit or electromechanical device that converts a direct current source from one voltage level to another voltage level. It is a type of converter for electric power. The levels of power vary from very low to very high.

Discover Battery™: What is a Deep Cycle Battery?

What is a Deep Cycle Battery?

The “deep cycle” is the discharge process, which is compared to most forms of batteries with just small energy bursts before they need to be recharged. Only a limited percentage of a starter battery discharges every time it is used, typically 2 to 5 percent.

What does Depth of Discharge mean?

The Depth of Discharge (DOD) is how close the battery is to be empty. That is the reversal of the State of Charge (SOC). As the load stage (SOC) reduces, the load depth (DOD) increases.

What does Discharge mean?

Discharge is the electrical energy removal from a battery.

What does Discharge Rate mean?

Discharge rate is when an electrical current is taken from the battery, typically represented in amperes or time.

Equalization is the method of restoring all cells in the battery to the same state of charge. Many types of batteries may require full discharge as part of the equalization process.

What is an Equalization Charge?

The equalizing charge is nothing more than a deliberate excess to eliminate the sulfate crystals that build upon the plates over time. The equalizing charge often reverses acid stratification, a state in which the acid content is higher at the bottom of the battery than at the top.

What does Float Charging mean?

The charge controller will drop the voltage to a preset value after completing to absorb charging stage and begin the float charging process. When they are at 100 percent charge, the batteries reach the floating-point.

What is a Gel-Type Battery?

A gel-type battery is a lead-acid battery in which a silica gel layer consists of the electrolyte.

What does Hertz mean?

Hertz is an electrical frequency. One hertz is simply one cycle per second. Each cycle is a transmission of electromagnetic waves.

What is a Hybrid System?

A Hybrid System is a solar electric or photovoltaic system that involves other power generating sources, such as wind or diesel turbines.

What does High Voltage Disconnect mean?

High voltage disconnect is the voltage at which the photovoltaic array will be disconnected from the batteries with a charge controller to avoid overcharging.

What is Input Voltage?

The input voltage is the voltage required to supply the system. Input Voltage is defined by the alternating current loads’ overall power and the direct current loads’ voltage. Generally, the bigger the load, the higher the input voltage of the inverter. This holds the current at rates where it is usually available for switches and other parts.

What is an Inverter?

A solar inverter is a type of electrical converter device which converts the direct current output of a photovoltaic solar panel to an alternating current power voltage.

What Is The Difference Between kW & kWh

What does Kilowatt (kW) mean?

KW is a kilowatt. The kilowatt is just 1,000 watts, which is also the measure of power.

What Is The Difference Between kW & kWh

What does Kilowatt-hour (kWh) mean?

The kilowatt-hour (kWh) is a measure of how much energy a device consumes in an hour.

What is a Lead-acid Battery?

The “MPPT” is the acronym for Maximum Power Point Tracking. MPPT controllers are more evolved than PWM controllers and allow the solar panel to run at its optimum voltage for optimal power output. Using this invention, MPPT solar energy controllers can be 30 per cent more effective, depending on the battery voltage and the form of solar panel attached.

Which is best inverter for home? Modified sine wave vs. pure sine wave

What does Modified Sine Wave mean?

What is a Multi-Stage Controller?

What is Open Circuit Voltage ?

What does Open-Circuit Voltage (VOC) mean?

What does PV Input mean?

Stands for Photovoltaic Input. PC Input is usually used on solar charge controllers. PV Input means how many solar arrays you can connect to the charge controller. It’s also used for how much power can a charge controller take in some scenarios such as oversizing the PV power process.

What is Parallel Connection?

A way to link solar cells or photovoltaic modules by linking positive leads and negative leads together; this arrangement raises the current, but not the voltage.

What is a Panel?